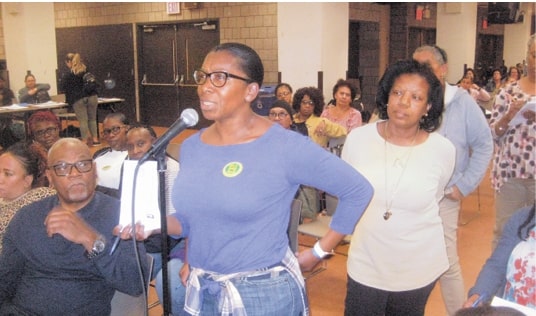 DC 37 members employed by Head Start recently ratified a three-year contractual agreement that will allow certified teachers in the federally-funded program to earn $68,652 by 2021.

The Head Start educators, members of Local 95, join unionized day-care teachers represented by Local 205 who ratified their contract agreement this past summer, becoming the highest paid early childhood educators in the country. Head Start workers approved their contract Oct. 23 by a 162-26 vote.

The contract affects workers at more than 200 centers throughout New York City. It follows a similar deal reached in July for 4,000 early childhood educators represented by Local 205. The contract, which runs through Jan. 31, 2022, will bring the salaries of Head Start teachers into line with their counterparts in the city’s public schools.

“This agreement once again demonstrates that by working together, great things can happen,” DC 37 Executive Director Henry Garrido said. “Not only does it provide our Head Start members the long-awaited wage parity that they deserve, but it also creates an education career ladder that is vital to establishing the next generation of leaders.”

Non-certified teachers and support staff will receive a $1,000 ratification bonus.

Under Head Start practices, the program’s centers must have a lead teacher with a master’s degree and state certification to remain operational. But for decades, the program has had difficulty retaining teachers after they earned their master’s degrees as the educators often found better-paying jobs in the city’s public schools. Addressing this disparity should help alleviate retention issues.

Along with the more than 4,000 members of Local 205, nearly 7,000 day-care workers will have the additional benefits and protections achieved following the unification of DC 37 and DC 1707 earlier this year.

New York City has the second largest Head Start program in the nation, surpassed only by Los Angeles. Considered the nation’s most comprehensive early childhood education program, Head Start services children up to 4 years of age. The family-centered program works with parents to address educational and health impediments.

The efforts by the union to achieve pay parity for its members galvanized the city to close the salary gap between all private sector and nonprofit early childhood teachers and their Department of Education (DOE) counterparts when on Nov. 18, Mayor Bill de Blasio, New York City Council Speaker Corey Johnson, Labor Relations Commissioner Renee Campion, and Schools Chancellor Richard A. Carranza announced a pathway to pay parity between certified early childhood education teachers and entry-rate DOE salaries by October 2021.